It may not seem like much of an achievement to most people, but my son did something really wonderful today. He made the cornbread for our dinner. 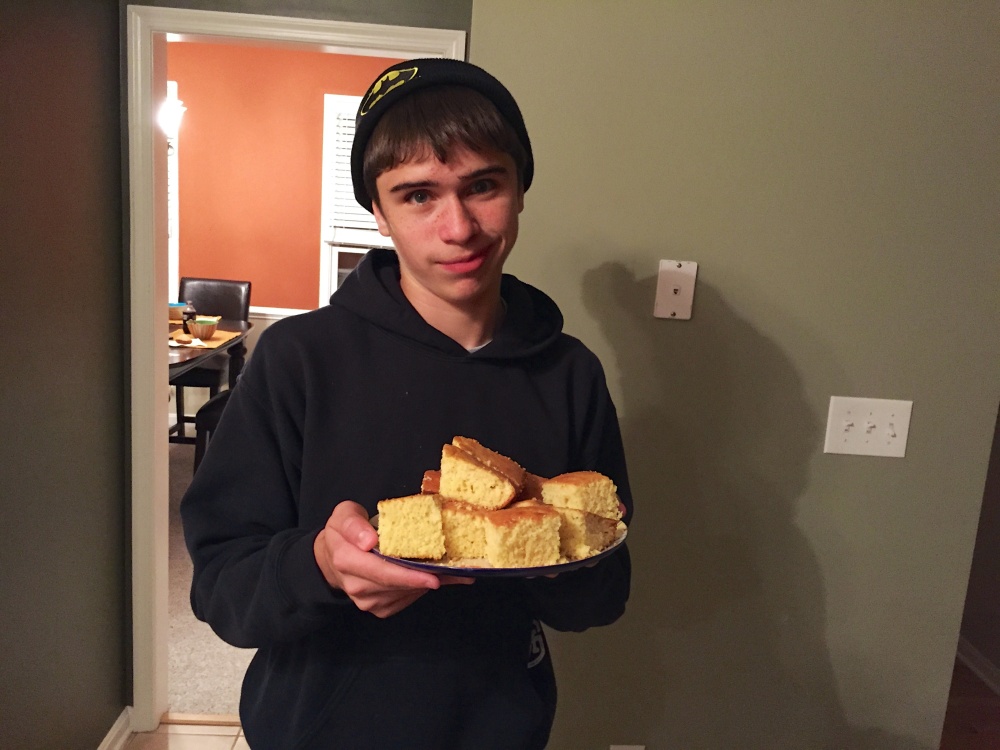 I knew I would be late getting home tonight so I asked him to make some cornbread to go with our leftover chili. It was from a mix, so I will admit to most this was not a huge task.

My son is the type of person who doesn’t venture too far out of his comfort zone, and it’s a small and limited zone. When given a new task he always asks for very specific instructions and wants guidance with every step because he is afraid of making a mistake.

I left for work this morning and put the cornbread mix on the kitchen counter, along with the pan I wanted him to use. I was prepared to get multiple text messages this afternoon with questions. I only received two. The first asked what time I would like him to start on the cornbread. I received the second one while on my way home: a picture message of the finished product.

I could tell he was proud of his cornbread. He didn’t really want to pose for a picture, but I insisted. He’s shown curiosity about cooking, so I want to encourage him and nurture that interest. Today it’s just cornbread, but maybe one day we will be cooking together and he will be the one teaching me a new recipe.

So tonight I celebrate the delicious achievement that is cornbread, baked my son.