Ever sit down to write, knowing what you want to say, but just can’t get your thoughts organized enough to write them down in a way that makes sense to anyone else? That’s kind of where I am right now. So maybe I’ll try something different with this first post of the year: just write whatever comes to mind and worry about organizing it later. Please forgive the rambling if I don’t get around to the organizing part.

It’s New Year’s Day of 2017 and I’m feeling a bit of relief that 2016 is finally over. We survived it. There were so many struggles on various fronts, at home, at work, and out in the world at large. There’s not much I can say about the presidential election that hasn’t been said already. The huge sense of doom and loss that I felt the morning after still lingers, it’s just kind of simmering on the back burner though because there are other issues demanding my attention so they don’t boil over.

As a music fan, it was a horrible year. The hits to the gut just seemed to keep on coming all year long, and then my heart broke on Christmas Day when I heard the news that George Michael was gone as well. I was a Wham fan and then an even bigger George Michael fan. I remember my boyfriend used to tell me “You know he’s probably gay, don’t you?” That never made a difference to me. I was lucky enough to see him at the first stop in the US leg of the Faith tour in 1988. Still can’t believe he’s gone.

In 2016 Doug started playing music again, as part of the acoustic duo The Adaptations. They played about a dozen shows in town last year and hope to have the opportunity to keep at it in 2017. I’ve enjoyed being a small part of that but I’ve realized that somewhere along the way I pretty much lost track of my own artistic pursuits. I haven’t written much, and I haven’t taken my camera out to continue my pursuit of capturing “the shot”. So I need to get that back on track. 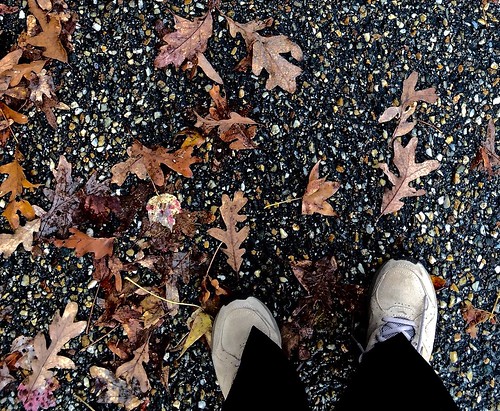 And speaking of getting back on track, I need to return to the healthy lifestyle track that we took a little detour from last year.  Now that Mother Nature seems to be taking care of the health issues that sidelined me for a little while, I need to work on shedding those extra pounds that found their way back to my body. Tracking our food seemed to make a big difference when we lost weight so I think we’ll be going back to that. We’re considering “No Beer in 2017” as a resolution, but realize that’s probably not going to last long. So maybe we’ll change that to “No Beer in the House in 2017” and see how that works (or doesn’t). I need to get back to walking, get back to doing Zumba more than just once a week. And speaking of Zumba, I’d like to thank Kyong at Wow! Dance Fit once again for being a strong force of positive energy. Kyong and her family are moving away but leaving behind them a team ready to carry the Zumba torch in Fredericksburg. We’ll miss your smile, Kyong, and wish you well in your new home.

We’ve got to move this year as well. Again. Our lease is up in six months and we don’t know where we’ll go. But we’ve started the preparations. We’ve sold some furniture we won’t need, and we’ve got more listed for sale (anyone looking for a dining room table and chairs?) which will hopefully be gone before long. We’re trying to downsize and this time actually mean it when we say we want to live a simpler life.

Jeremy graduates in June. What’s next for him? That’s the million-dollar question. I guess we’ll see.

What else should I ramble on about? I’ve covered politics, resolutions, music, weight loss, moving, graduation. There is so much else on my mind and some of it I can’t really talk about (or write about). I’m hoping that most of those things will stop being stressors this year.

I’ve got some important steps to take in the coming days, weeks, and months. Hopefully those steps will not only help me shed some real pounds, but also lighten the load on our shoulders.Here’s to lighter loads for us all in 2017 – Happy New Year!