Ever been to New York City?

There are many, many people there. Over 8 million of them. 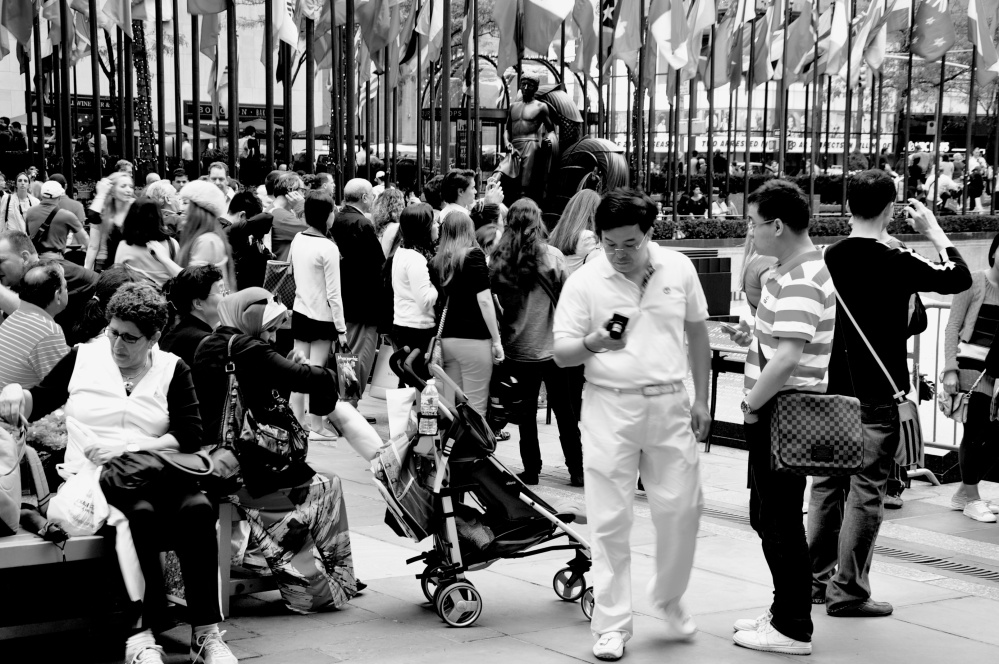 Plus of course over 47 million tourists every year.

My first thought was that the city would be super-intimidating. You may know that many introverts don’t like big crowds. I was nervous about going to New York, but my boss sent me to a three-day conference and it just so happened to take place in New York City. So I suggested to my husband that maybe he’d like to come along with me and we could both experience the city for the first time together. Actually, I thought I needed him to come with me so I wouldn’t be so scared about facing the streets and crowds on my own. He knew this, and for that very reason thought I should go alone. He thought that doing this by myself would increase my confidence. He’s probably right about that.

However, he did come along (thanks Phil) with me although he probably didn’t have a great time. It rained. Prices were outrageous. The record stores he wanted to go to were closed – permanently. Things just didn’t go his way. And I was in a conference hall all day long.

I actually found that I didn’t feel so scared or nervous walking around in the city. There were so many people there that no one was paying any attention to me. I could blend in. I was just part of the masses. With my camera in hand, I was just another tourist.

But in the conference hall, I needed to interact with people. I needed to get the most out of the conference that I could. Was I supposed to network with others in my field? Probably. I knew going into the week that wasn’t going to happen. My main objective was to learn. So I got on the shuttle bus to the conference center every morning, avoiding too much eye contact with anyone, afraid they would strike up a conversation. I armed myself with a newspaper, my phone, and conference materials, and when I wasn’t sitting in on a session and taking notes, I was deeply engrossed.

Lunch time was the worst part. Hey the food was great, but it felt like I was back in middle school and didn’t know anyone. I had to find a place to sit among all those sales and marketing people. My strategy was to find a table where I could see everything going on but where people looked like they weren’t all that interested in conversation. I succeeded a couple of times. But several times I ended up having to talk about myself and my job. Torture. But each time I had to do it, it got a little easier. I still didn’t like it though.

It was a great conference and I learned a lot. Sometimes I even felt like I was just like everyone else there – someone looking to learn from the experts. And New York City wasn’t all that scary, really. It’s easy to be invisible among 8 million people. Maybe I’ll go back one day. Maybe not. It’s not really my thing. But maybe conferences won’t be so intimidating anymore. It could happen.